Today I found this great project, aiming at providing short videos ( also suitable for cell phones) about key health care procedures for treatment of newborns. The videos are based on recognized WHO protocols and are tested for comprehension in focus groups. They are available in many languages. I think it’s a great way to pass clear and culturally-adapted short messages to health workers as a complementary tool for training.

A. D. Harries, R. Zachariah, A. Ramsay, et al, ( from The Union, MSF and WHO) , with the support of Public Health Action are working  on gathering data about the impact of research on public health. Does research make a difference to public health? Time for scientific journals to cross the Rubicon

Field Research is MSF research’s website publishing operational research that was carried out in MSF’s projects around the world. access Field research.

MSF and The Union (International Union against Tuberculosis and pulmonary diseases) started a collaboration aiming at promote operational research, defined as “The science of doing better”  for low income countries.

The goal is to use data that are collected routinely in health care facilities and turn them into results that will improve health care delivery, diagnosis and patient treatment.

In the last months I have been exploring different ways in which I could get involved in research work.

Why Most Published Research Findings Are False, John P. A. Ioannidis

A good summary of the situation in Switzerland

Foreigners comprise about a fifth Switzerland’s population, and immigrants comprise about a third. Overall, there are inequalities in health status between immigrants and Swiss nationals. The immigrant population faces difﬁcult socioeconomic and working conditions, uncertainties about residence status and greater exposure to risks to health, including unhealthy behavior. It also faces a lack of information, lower participation in sickness-prevention activities and various deﬁciencies in Switzerland’s health care system, such as lack of interpreting services and underdeveloped transcultural skills. Switzerland has recently increased its efforts to integrate foreigners and is elaborating appropriate cross-sectoral policies.

The programme described in this case study is the Federal Ofﬁ ce of Public Health’s Migration and Public Health Strategy, which was implemented between 2002 and 2007 and has recently been reﬁ ned and extended until 2013. The programme comprises activities and projects in ﬁ ve areas: (1) education; (2) public information, prevention and health promotion; (3) health care provision; (4) therapy for traumatized asylum seekers; and (5) research. The case study describes the programme, providing information about its implementation, its effects and the lessons learned.The Migration and Public Health Strategy addresses health determinants, including access to the health system, discrimination and cultural attitudes. It also addresses health literacy, substance abuse, smoking, unsafe sex, eating habits and physical activity. To various degrees, it aims to ensure accessibility, acceptability and quality of health services.

The programme’s main achievements were to put immigrant health on the health system agenda and to raise the visibility of
problems and needs in this area. Various projects also contributed to direct improvements for the target group, the immigrant
population. The greatest challenge was to increase awareness of the issue among the diverse actors and stakeholders of the
Swiss health system and within the Federal Administration. Various educational activities have helped to build speciﬁc human
resource capacities (such as interpreters and nursing staff). Possible improvements have been identiﬁed at the strategic and
institutional level (such as agenda setting, mainstreaming the health of migrants as an issue to be addressed in policies and
programmes, and the creation of cross-sectoral networks), for greater involvement of key integration-policy actors and further
promotion of so-called cultural change in the health system. 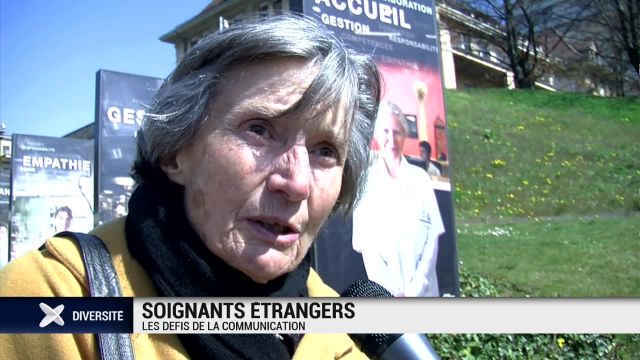